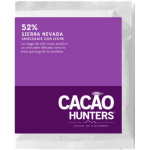 Cacao Hunters aim to make the world’s best chocolate and have a social conscience. Farmer’s affected by Colombia’s long history of armed conflict, drug trafficking and poverty can now contribute to the growing cacao trade.

After starting small in 2015 they have now partnered with Acumen to increase their supply, allowing them to impact employment and revitalise communities on an even larger scale. And there’s an Australian connection – their worldwide distribution is managed from Melbourne!

As Lindy Davis puts it “After more than 50 years as a global leader in the cocaine trade, Colombian farmers are turning to a new drug of choice: cacao.”