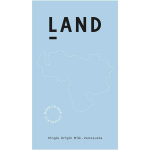 In 2012 Phil Landers is a sugar addict,working long hours in the BBC radio production office. In search of change and adventure, he set off to travel around Central America. It was in Guatemala that he saw the true origins of chocolate, and his direction in life changed.

He came back and took the opportunity to work with some of the biggest names in chocolate, including Paul A Young and Mast Brothers. He learned on the job, and honed his skills making chocolate at home after hours. In 2016 he found his own factory space, in an old furniture makers workshop in East London.

Phil is committed to keeping his connection with south and central America, where he first discovered ‘true’ chocolate, and so works with a range of single origin and single bean bars.